Japanese manga artist born in Osaka. He sometimes writes manga under the names of Hitaro Arima and Haruomi Arima. He has a blood type 'O', and he is from Kansai University Manga Club.

Originally a regular contributor (roadist) of the magazine "Fanroad", he contributed several report comics in the magazine's overseas travel tour project "Gegebo Tour" and gained popularity. Among the works he has worked on, "Tsukiyo" is especially famous. This work was made into a TV animation and was broadcast on two stations, TV Tokyo and TV Osaka, from 2004 to 2005. He also writes and publishes doujinshi and writes for commercial magazines. He has presided over a circle called "Japan Warwar Alliance" for a long time, and distributes writing magazines at large-scale doujinshi conventions such as Comic Market and Comic Revolution.

He is a fan of the Hanshin Tigers and has published a cheering doujinshi.

When I heard that a friend of mine participated in a project in which a cartoonist / illustrator drew an eye-catching animation for a person who has a lot of friendships with a cartoonist, he said the same thing as "Tsukiyo -MOON PHASE-". However, he proposed to do it in the form of an end card, and asked his acquaintance's writer to write it himself. After that, it became customary to use this type of end card in the work of Shaft who worked on "Tsukiyo -MOON PHASE-".

Ken Akamatsu is one if Keitaro's friends, and is also a model for the name of Keitaro Urashima, the main character who appears in his manga work "Love Hina."

Dr. Morrow is also one of the closest friends, and often appears in his manga works as himself. He has been friends with the light novel writer Nagaru Tanigawa, and Arima says, "I was strongly recommended for the 'Touhou Project'." 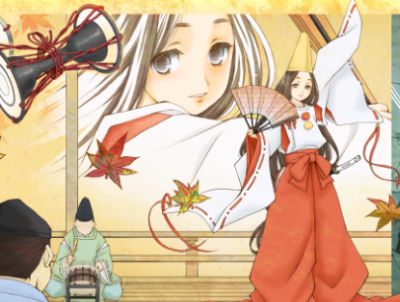 Giou from Tale of the Heike